Uber, Apple, Facebook, Airbnb: From modest start-ups, these companies have become leaders in their field and have also had a profound impact on the company following a breakthrough innovation. What are the characteristics of disruption? How to pursue a policy of innovation in business? Here are the explanations of Etienne Gatti, Lean Startup expert at Schoolab, illustrated with a benchmark of 20 innovative products that will transform our lives.

Incremental innovation is about improving an existing product or service, with small touches: it’s an evolution. While disruptive innovation or disruption leads to a real revolution in the market and consumer habits.

Real breakthrough innovations are rare. This word is used in an overused way.

According to Étienne Gatti, “what is perceived as disruptive from the company’s point of view may not be disruptive to society in general.” Étienne cites the fictitious example of a pharmaceutical company that decides to offer a subscription to stay healthy. This concept, disruptive to the business model of the company, has existed for a long time in Chinese medicine.

20 innovative products: from the most unusual to the most revolutionary!

An exoskeleton to make people with disabilities walk again

A helmet that detects brain waves and transmits motor orders to an exoskeleton is a hope for paralyzed patients. Developed in the United States, this breakthrough innovation has mobilized 125 researchers from around the world.

Developed by three Parisian students, the 3D tattoo printer creates patterns 1000 times more accurate than a tattoo artist. The tattoo is designed with 3D modeling software and then printed using a dermograph.

An aircraft with a transparent “bionic” cabin imitating the skeleton of a bird: this is the innovative project of the aircraft manufacturer Airbus. This futuristic aircraft is expected to take off around 2050.

Boats to clean up the oceans

Launched by a young Dutch engineer, The Ocean Cleanup aims to reduce plastic pollution of the oceans through huge floating dams. The goal is to capture and recycle 90% of marine waste by 2040.

In 2013, The English designer Jake Evill created the first plastic plaster printed in 3D. Thanks to its lightness and multiple openings, the Cortex Exoskeletal is a medical innovation that revolutionizes the treatment of fractures.

This invention by American professor Richard Wool is based on the high-pressure blend of plant materials. In 2014, she received the World Green Design Award for ecological innovations.

SignAloud is a pair of connected gloves that translates the gestures of the deaf and dumb into text or sounds. The $100 prototype brought in 10,000 of them to its creators, winners of the Lemelson-MIT Student Prize.

Italian architect Arturo Vittori designed the Warka Water Tower, a bamboo structure that condenses atmospheric moisture. It produces 40 to 80 L of drinking water for unsanitary or arid areas every day.

From nanotechnology, intelligent textiles are able to react and adapt to their environment: self-cleaning under the effect of light thanks to silver fibers, temperature regulation with carbon nanotubes, etc.

The American company SolarWindow Technologies transforms windows into photovoltaic supports thanks to a transparent film deposited on the glass. This device produces 50 times more electricity than rooftop solar panels!

A headset to read our thoughts

Developed by MIT researchers, the “Alter Ego” headset interprets mentally formulated questions with 92% accuracy. Electrodes capture the neuromuscular signals of the face induced by subvocalization, which consists of uttering the words in his head.

The risk of a fatal motorcycle accident is 22 times higher than in a car. In partnership with the Toulouse start-up Liberty Rider, the Racer brand has therefore designed a connected glove to warn bikers of danger through a visual and vibrant signal.

Since 2018, Societe Generale has been experimenting with a chatbot to meet the current demands of customers from their computer or smartphone. It is estimated that by 2020, 90% of trade will be carried out by conversational robots in the banking sector.

Tested in a Toulouse agency of Crédit Agricole, Leenby is the first robot designed to guide the French public. Made in Limoges by Cybedroid and programmed by Inbenta France, it communicates vocally to inform and guide customers.

Scientists at Harvard University have developed an innovative technique to produce meat in the laboratory from cow and rabbit muscle cells. However, it will be another 10 or 20 years before we find artificial steaks on our plates.

Packaging that can be eaten

The French start-up Lactips produces an innovative bioplastic formulated with milk protein, totally biodegradable and edible. The project is funded under the European Horizon 2020 Research and Development Programme.

A space village… on Earth

To prepare for the conquest of Mars, the Franco-American start-up Interstellar Lab designs bio-regenerative habitats. The 70,000 m2 of EBIOS, the first autonomous land base, will open its doors to the public and scientists in the California desert from 2021.

To solve the problems of powering connected objects, Crystal Device, based in Besançon, has developed flexible patches. Consisting of a piezoelectric material, they produce energy by deforming.

Californian start-up GuRu has developed an automaton that travels around the house in search of unloaded devices. It can then recharge the battery up to 60 cm away by emitting radio waves.

How do you create innovative products in business?

The innovation strategy is based on Agile tracking of the four phases of Design Thinking: observation, design, prototyping and launch.

The Agile method consists of making adjustments as the project develops. This iterative process improves the deliverable continuously with great speed of execution.

To innovate in the company, employees must be involved through effective innovation management.

Pioneer for 13 years of Design Thinking in France, the innovation studio Schoolab accompanies your teams to implement these working methods. Also get real innovation training with our program to launch an innovative product prototype in three months. 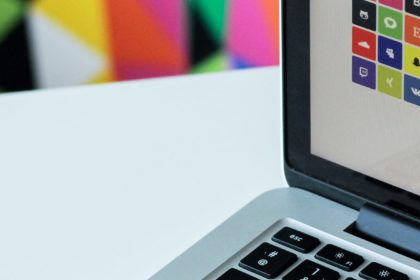 Where to start when launching a digital soap brand: the case of Ecover

As part of the “Deplastify the Planet” class, my team and I were assigned to work with Ecover, a Belgian company that manufactures ecologically sound cleaning products, to create an elevated experience for packaging free soaps. 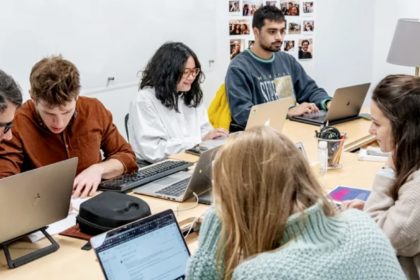 In Vietnam, a youth leadership to deplastify the planet

Created in August 2019, Deplastify The Planet (DTP) is a one-of-a-kind project-based class offered jointly by UC Berkeley (SCET) and Schoolab where students work with companies on real-life challenges. With a single goal in mind: “deplastify & regenerate” the planet. Each team of students is paired with a corporate partner and spends the entirety of the semester brainstorming, building, testing, and solving the environmental and social challenges. 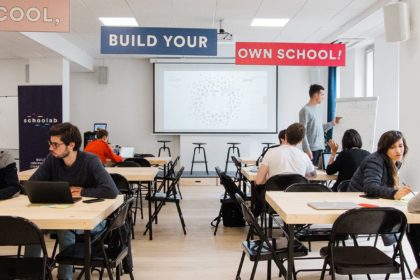 Innovation has become a real engine of growth and stock market value in the image of Amazon. Many companies now want to improve their competitiveness by using an external innovation consulting firm. 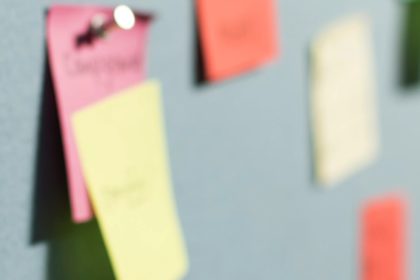 3 essential skills for the innovators of tomorrow

In recent years, and even more now due to the pandemic, post-graduation life has been difficult for young innovators and entrepreneurs. Indeed, standing out on the job market has become an impossible task. 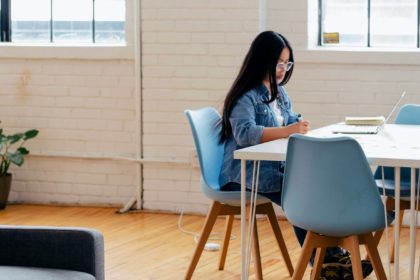 A digital innovation journey: in the heart of Tokyo’s Shibuya Scramble Square, from Paris with love

After years of exchanging with various contacts and stakeholders, things suddenly took off in the second half of 2019, with 3 events in 6 months. 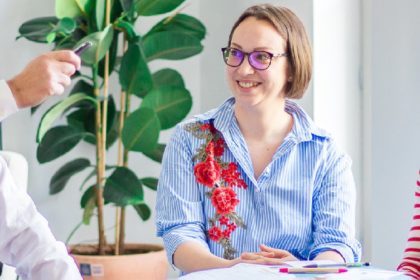 Schoolab had been commissioned by BPIFrance (the sovereign fund of the French government) to organize a week-long learning expedition in the Bay Area for some of France’s top deep tech scientists-entrepreneurs to learn from the Silicon Valley ecosystem. 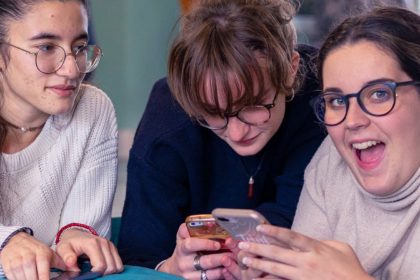 For the past two months, Schoolab has been conducting an introductory workshop to Design Fiction "your life after Covid-19" focusing on challenged industries. Participants spanned many organizations, age groups, and across continents. 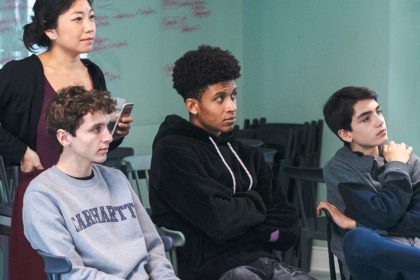 How to choose well your startup incubator?

Entrepreneurship and the creation of startups are on the rise. In 10 years, France has seen the birth of dozens of startup incubators. 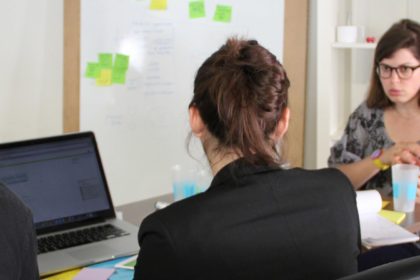 Innovation: How to divide by half product development time ?

As Remote Work is becoming more widespread for many companies, and more and more training, meetings and workshops are now taking place 100% online.